“It is what it is” – always true, all the time. Nothing truly has intrinsic value – we assign value. And so it is with wetiko. Wetiko is typically characterized as a virus, demon seed, or inherently evil poacher of spirit. The image of outside invader is a consistent consensus throughout wetiko scripture. A big step back might reveal another perspective. Some say, “money is the root of all evil” rather than “the love of money is the root of all evil”. Money itself is neither one way nor another. We assign it value in how we think of it and what we do with it. In this context, what love is to money – wetiko is to ego. Pure ego (unique energy signature) simply roots our sense of individuality. Without it, All is One and One is All, devoid of personal experience. Ego itself is neither one way nor another. Wetiko is the value assigned to ego…..to date – as one possible construct. Humankind has drifted to the current global norm where we – from within illusory, isolated, egocentric capsules – experience phenomena outside our respective ‘pods’ as entirely separate. Ego-centricity is the ‘demon seed’ that has infected humanity.

Our identification of wetiko as an evil to eradicate, establishes a polarizing duality that ultimately perpetuates wetiko’s existence. We, the ‘good guys’, aspire to rid ourselves of the ‘bad’ wetiko. But wetiko is simply one way we wannabe ‘good guys’ have unwittingly allowed our being to manifest. Such is the nature of the insidiously cyclic ‘wetiko reboot’, of which there are infinite forms, from conspicuous hubris to camouflaged convolutions, that all guarantee wetiko’s survival. Let’s examine a few…..

Mindfulness is high profile these days. Yet its definitive manifestation as a consummate awareness and acceptance of the Moment is too often skewed, then enlisted to promote a life hack or a self-help panacea for our worldly struggles. Co-opting the language and distorting its character for marketing purposes, are also wetiko reboots – the pure experience gets twisted into the forms and expressions of ‘I me mine’ on which wetiko feeds.

Those among us who make a living in the Ascension Pundit Industrial Complex spawned by the 70s New Age movement might recognize such dilemmas. What began as honestly sharing a lucid vision based on genuine enlightening moments can swiftly descend to Earth quicker than Icarus once the need to make ends meet shifts the priority to marketing and bookings – or worse – the purity of the original expression becomes corrupted by inflated self-images like ‘Beacon for the New Paradigm’, for example. Both exemplify wetiko reboots (and not to be seen here as a knock on the many wonderful teachers who do great work despite the phenomenon). 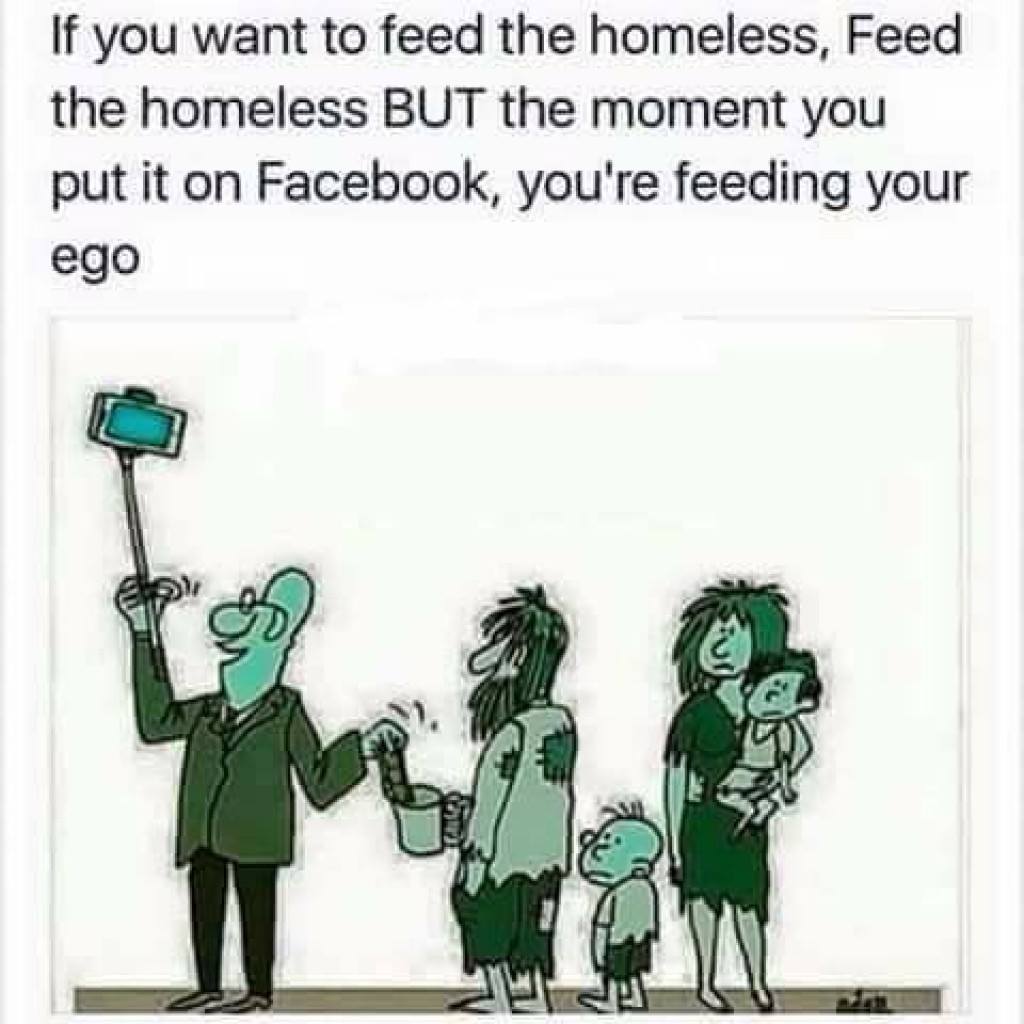 Generosity is fundamental to all great faiths and spiritual practice. Giving fully of oneself is widely regarded as the most rewarding experience available. Yet philanthropy or any act of giving with the criteria of garnering recognition for it is a wetiko reboot. You get the idea. The wetiko phenomenon is noted in expressions of all kinds, in all forms, from all ages:

The sorcerers’ idea is we are entombed by social upbringing, tricked into perceiving a world as a place of hard objects and finalities. We go to our graves denying we are magical beings; our agenda is to service the ego instead of the spirit. Before we know it, the battle is over – we die squalidly shackled to the self.”3

“One of the main characteristics of a life of sleep is that we are totally identified with being a Me. Starting with our name, our history, our self-images and identities, we use each one of these things to solidify the sense that we are living in our little subjective sphere. We experience ourselves as “special”—not in the normal sense of being distinguished or exceptional but in the sense that we feel unique and subtly significant.”4

“Biological, technological, and social progress, so the [Darwinian] argument goes, is brought forth by the sum of individual egos striving to out-compete each other. This metaphysics of economics and nature, however, is far more revealing about our society’s opinion about itself than it is an objective account of the biological world.”5

“’…how miserable, how shadowy and transient, how aimless and arbitrary the human intellect looks within nature. There were eternities during which it did not exist. And when it is all over with the human intellect, nothing will have happened. For this intellect has no additional mission which would lead it beyond human life. Rather, it is human, and only its possessor and begetter takes it so solemnly — as though the world’s axis turned within it.”6

“To revolt within society in order to make it a little better – to bring about certain reforms – is like the revolt of prisoners to improve their life within the prison walls; and such revolt is no revolt at all. Do you see the difference? Revolt within society is like the revolt of prisoners who want better food, better treatment within the prison; but revolt born of understanding is an individual breaking away from society, and that is creative revolution. Now, if you as an individual break away from society, is that action motivated by ambition? If it is, then you have not broken away at all, you are still within the prison, because the very basis of society is ambition, acquisitiveness, greed.”7

“The mind is a superb instrument if used rightly, Used wrongly, however, it becomes dangerous. To put it more accurately, it is not so much that you use your mind wrongly—you usually don’t use it at all. It uses you. This is the disease. You believe that you are your mind. This is the delusion. The instrument has taken you over. It’s almost as though you were possessed without knowing it, and so you take the possessing entity to be yourself.”8

Perhaps the quintessential wetiko reboot was captured in a nutshell by Tibetan Buddhist master, Chogyam Trungpa:

“No matter what the practice or teaching, ego loves to wait in ambush to appropriate spirituality for its own survival and gain”9

So what are we to do about it? Certainly the current trend toward mindfulness is an encouraging positive development. Adopting Ubuntu – universal bonding through sharing – would encourage collective mindfulness. Yet the larger question remains whether any or all efforts will manifest as far and as fast as needed with sufficient magnitude to stave off the catastrophes that loom. No one can dispute we all share the same air – but will we all comprehend the imperative to take care of our air together before it is too late?

“It should get our attention that every person or group of people that have discovered what the Native Americans call wetiko disease unanimously consider it to be the most important topic to understand in our world today. Wetiko psychosis—which can be conceived of as being a mind-virus—is at the very root of every crisis we face. Called by many different names throughout history, the spirit of wetiko renders every other issue secondary, for wetiko is the over-arching umbrella that contains, subsumes, informs and underlies every form of self-and-other destruction that our species is acting out in our world on every scale. If we don’t come to terms with what wetiko is revealing to us, however, nothing else will matter, as there will be no more human species.”10

Self-importance, egocentricity, or wetiko by whatever moniker – manifests in us singularly and collectively at all levels: individual, family, community, congregation, city, region, race, nation, species, etc. More than any other single factor here in the 21st c.11, humanity’s hubris continues to slowly and steadily destroy us – from 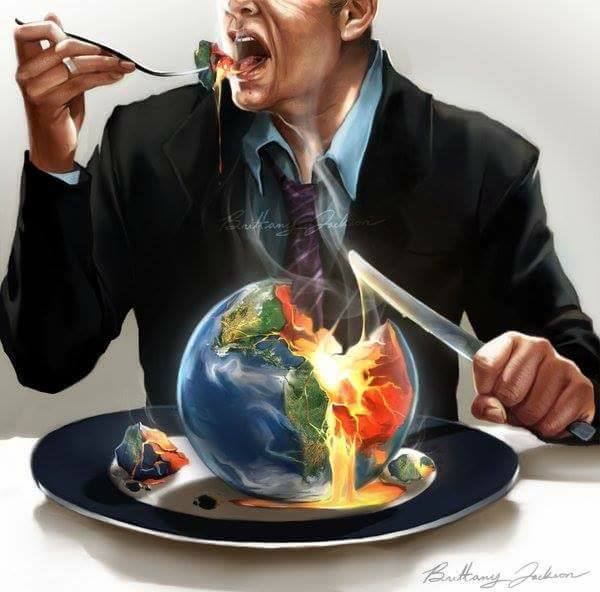 the inside out. We are consuming ourselves before our own deluded, denying eyes! The USA in particular12 – now with its shadow wetiko self exposed and personified as Donald Trump13 – epitomizes this expression of humanity that has nowhere left to go and can only accelerate humankind’s devouring of itself. The silver lining is the powerful expanding awareness in response. What happens from here is as large and blank a sheet of paper to approach as there ever was. In filling it, we must push beyond what we believe is possible with each and every stroke – success means no less than manifesting a metamorphosis of humanity.

“The egocentricity experiment with human Design has run its course. Its climax is our confluence of crises. Virtually all system solutions and ascension paths proposed by even the most enlightened among us, fail to breach egocentricity’s stronghold. The forecast for our imminent extinction is well founded and arguably certain unless we become something new. Metamorphosis is appropriate terminology here. At this Moment in history, ages of humanity can be metaphorically distilled into a litter of newborn kittens, blind from birth, and poised to open their eyes onto their world for the very first time. Are we ready? This is our evolution.”14 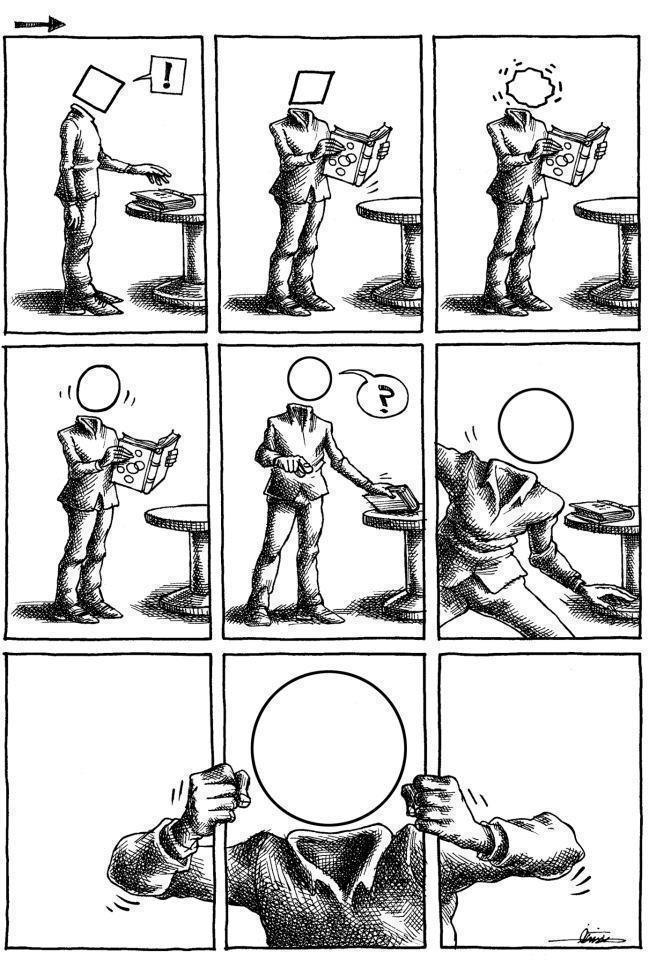